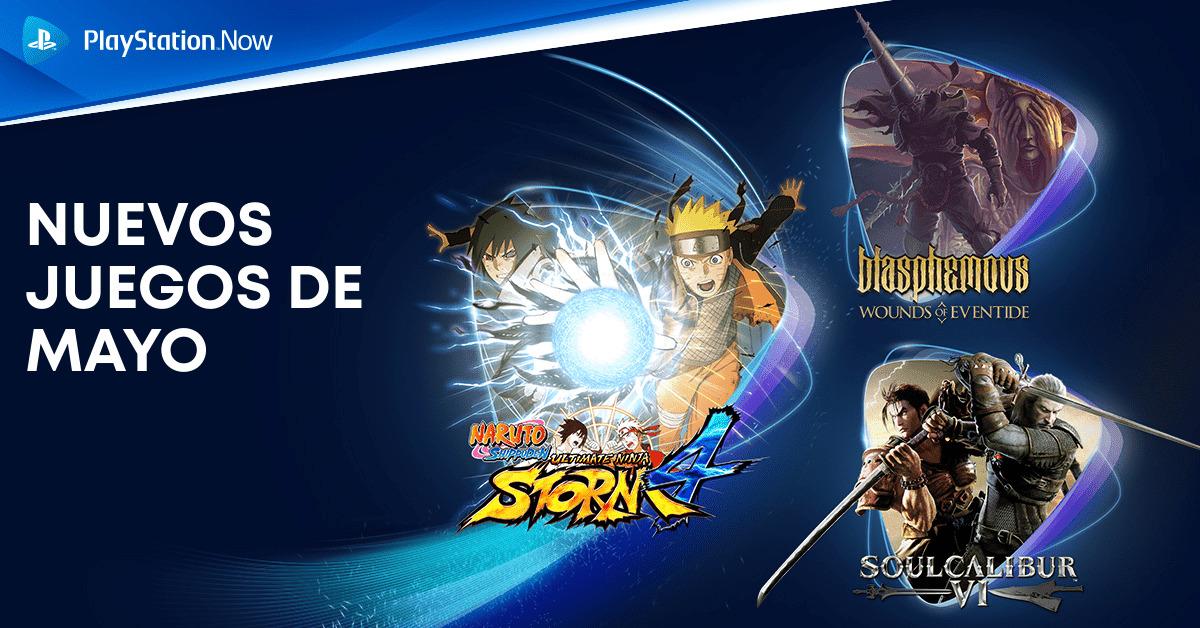 Sony announces the three new games coming to the PS Now service on PS5 and PS4 tomorrow, May 3rd. This time we have two fighting games and one challenging classic.

We are at a historic moment for PlayStation. With the month of May just beginning, we already know the free PS Plus titles… and now it’s the turn of the PS Now service for PS5 and PS4.

Historical why? Well, because it’s the final month that PS Now and PS Plus will be independent services. In June comes the renewed PS Plus and the two current services will be merged.

Sony has announced the new games coming to PlayStation Now tomorrow. We remind you that the service offers more than 700 PS2, PS3 and PS4 games to enjoy on a PlayStation console or a PC.

The new games that will be available from May 3rd are the following: Naruto Shippuden Ultimate Ninja Storm 4, Blasphemous and Soul Calibur VI.

As you can see, the fighting genre plays a special role on this occasion. Whether you’d rather slash your sword or practice ninja techniques, this month of May promises to be a heart attack for fans of the genre. Naruto and Soul Calibur are not just two sagas.

Be careful because Blasphemous isn’t far behind either. This is one of the best Spanish games of all time that perfectly combines the essence of Metrodvania, hack and slash and platforms in one.

Naruto Shippuden Ultimate Ninja Storm 4 is the latest installment in the Bandai Namco saga that recounts the events of the Naruto anime and manga… including Boruto’s story arc. You can expect great fidelity to the franchise’s plots, characters, and ninja techniques.

Soul Calibur VI is a very complete fighting game that pays homage to the classic game released on Dreamcast. With this title you can enjoy the most epic battles for the legendary sword in a new world set in the 16th century. You can’t miss Chronicle of Souls either…

For his part, Blasphemous introduces us to El Penitente, the sole survivor of the Silent Grief massacre and also humanity’s last hope. Only you can save the inhabitants of Cvustodia and thus free your people from a terrible curse.

The 10 Most Anticipated Games of May on PS5, Nintendo Switch, Xbox Series X | S, PS4, Xbox One and PC

Sony has confirmed that if you subscribed to PS Now prior to the launch of the new PS Plus, you will be able to enjoy a new PlayStation service subscription plan. Of course, up to 56 games from the PS Now service will be lost …

Starting tomorrow, May 3rd, these three titles will be available on PS Now throughout the month of May. If you have a PS4, PS5 or even a PC, you already need time to enjoy the great catalog of video games.